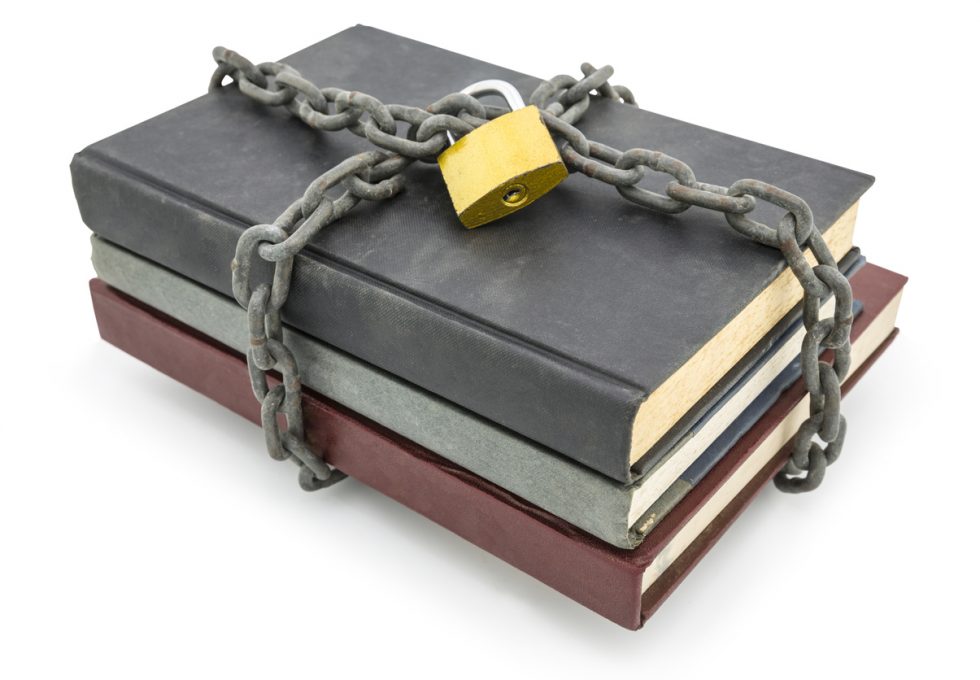 At the sitting of the Sejm (lower house of Polish Parliament) on 15-16 April, 2020, deputies debated draft citizen legislation on the protection of property in Poland against claims, specifically regarding heirless property. Although the debated draft legislation is not making any references it is clear that it is intended as a response to the Justice for Uncompensated Survivors Today (JUST) Act of 2017 enacted by U.S. Congress.  To the shock of many observers, including myself, the draft was not rejected but duly sent onwards for committee consideration.

Although procedurally the Sejm is obliged to deal with citizens’ bills, this draft was wholly flawed. It defied basic human rights and the constitutional rights of Polish citizens and should have been rejected outright on first reading.

In principle, the Act is designed to counteract possible (it needs to be emphasised: possible, because today nobody reports them) claims for compensation by entities other than owners and/or their heirs for real estate on Polish territory. It should be noted that the Justice for Uncompensated Survivors Today (JUST) Act of 2017 does not create a basis for any claims by individuals. The US legislation merely requires that the State Department gathers information and reports to Congress what steps have been taken among others by Poland to compensate Holocaust survivors and their heirs in respect to assets that have been seized by the Polish post-war communist government.

Similarly to the US bill, the proposed draft introduces the concept of “heirless property,” defined as property located in Poland that is abandoned, derelict or taken over by the State Treasury through separate provisions, whose previous owners have died and have not left heirs or legatees. In addition, property for which the previous owners or their heirs have not submitted applications for their return within time limits outlined in separate provisions. Such idea of “heirless property” is not a legal concept which until now is known or defined in the Polish law and in fact is not compatible with the Polish legal system.

This definition alone poses many legal problems. Furthermore, provisions of the draft are by no means compatible with the basic principles of Polish law. The draft assumes that it will be prohibited to take actions aimed at satisfying claims related to heirless property, including conducting negotiations, concluding settlements, directing to mediation, recognition of claims, etc. In addition, it prohibits initiating proceedings aimed at circumventing those restrictions. The draft provides for severe penalties for non-compliance, namely from 6 months to 25 years imprisonment. This is clearly absurd. The originator of the draft (whose identity is unknown and legal competence questionable)  intends to punish lawyers for filing lawsuits on behalf of clients in cases involving heirless property.

Moreover, the draft threatens that even talks with civil servants on this subject could be punished (both the proxy and official may be punished – the official even more severely). In my opinion, this amounts to punitive censorship of the work of a lawyer, which contradicts the principle of the right to court proceedings enshrined in the Polish Constitution.

There are compelling legal reasons for this draft proposal to be scrapped altogether and they are outlined below. However, one cannot wonder if electoral politics are in play pandering to the wishes of certain vested interests who would like a system that blocks access to courts for certain groups and claims, including professional proxies such as lawyers.

There is, of course, another explanation. Namely, a fundamental misunderstanding or ignorance of the adverse consequences that such a bill implies, not only in Poland’s internal legal order but also internationally. In short, this proposed legislation undermines the core democratic and legal concept of the rule of law – independent, fair, equitable and accountable justice to all citizens without fear or prejudice.

For 12 years I have been managing claims by Clients of diverse backgrounds, religions and heritage, both currently living in Poland and overseas for compensation or for the recovery of property taken by the Communist regime. These are complicated cases and not always successful.

Frequently, a surviving family member cannot be considered a statutory heir because the relationship with the property owner is too distant. However, there are alternate scenarios when in the course of proceedings, we discover a person who did not even know they were an heir and potential owner of the property. Why were they unaware? Sometimes, the person is the only survivor of the war as a child, with limited memory or family knowledge. In another case, a woman who survived the war, lived in Poland for a few years and then emigrated to the USA. In the 1960s, she was declared officially ‘dead’ by a Polish court under the communist regime so that the State could seize her property. Of course, this person is alive and well to this day!

In restitution cases, very often key facts emerge in the course of ongoing proceedings including information that determines whether the case is lost or won. The proposed citizens’ legislation would eliminate this essential fact finding process by declaring a case “heirless property” when the property is not ‘heirless.’ Even worse, what if the proceedings reveal that it concerns such property, while initially there were no reasons to believe so. This occurs quite often by establishing a different date of the owner’s death during proceedings and therefore, applying other provisions governing legal succession.

Today, courts, prosecutors and government officials are coveting property so that it can eventually become transferred to the State Treasury. Recovering such property or due compensation is difficult even for the legal and rightful heirs of the owners. Proceedings last for many years, since all aspects of the case are checked meticulously. The provisions present in Polish law today and since 1945 indisputably guarantee that inheritance can only be granted to the heirs indicated in the property. However, if there are no such persons and a testator also has not made a will, the ownership of the property passes to the Treasury or relevant municipality.

Therefore, there is no need to introduce new legal provisions that neither enhance nor clarify existing Polish laws. What is proposed is a de facto limitation in the processes of fact gathering and validation, namely, determining precisely who are the legal heirs and what is the inheritance status of the property. There is also the malign intent to effectively “muzzle” officials, lawyers, legal advisors or bailiffs and further undermine the provisions in force today.

There is also another aspect to this story which constitutes a betrayal of innocent Polish citizens who were victims of war, poverty, forced deportations and other gross historical crimes. Namely, the Communist-Soviet backed post war authorities signed international agreements under which certain groups of Polish citizens who emigrated after World War II were deprived of the possibility to apply for real estate left on the territory of today’s Polish state, in return for absurdly small compensation.

It is truly ironic that many legislators who voted to forward this flawed and detrimental draft legislation for further consideration, often wrap themselves in patriotism, fiercely protecting Polish citizens against malign foreign forces (real or imaginary). In truth, through wilful ignorance they are promoting laws that will once again, penalise and victimise claimants whose ancestors were already grotesquely violated and victimised.

One can only wonder, where is the sense let alone justice in the proposed legislative nightmare? 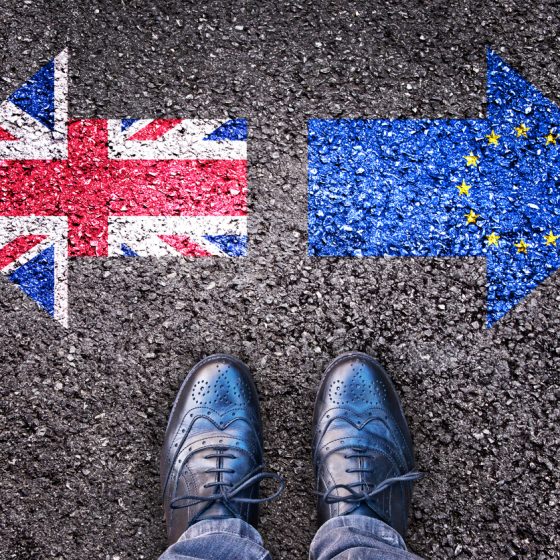 Brexit: Be prepared for the end of the transition period

SUCCESS IN A PROPERTY RESTITUTION CASE AGAINST THE STATE TREASURY 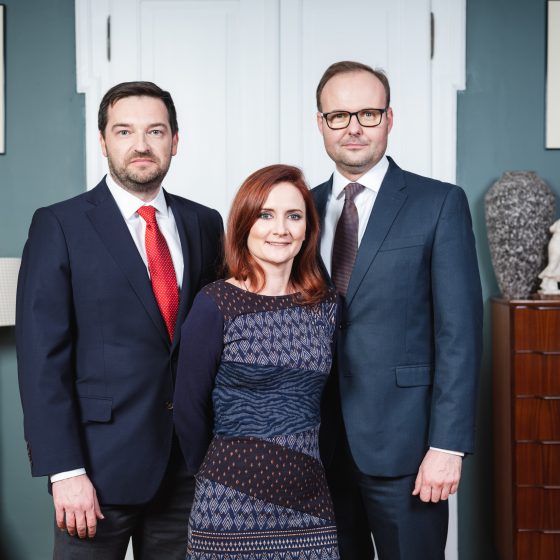 “ACROSS THE VALLEY – Navigating the Post Pandemic Landscape”. A Message from Gostynski and Partners

April 22, 2020
Scroll To Top
We use cookies to ensure that we give you the best experience on our website. If you continue to use this site we will assume that you are happy with it.OkPrivacy policy